The Earning Season Will Soon Deliver Some Pleasant Surprises!

As a shareholder you probably wonder what the dividends on your shares will be from quarter to quarter. Now, with help of seasonality, you are able to come closer to your estimations. Let’s look at one of the most favored technology stock:

Intel has had strong growth for years. Source: Stockcharts

The following seasonal chart shows you the seasonal development of Intel shares by using the average returns from the last fifteen years. The horizontal axis shows the time of year, while the vertical shows the index level. Thereby you see that Intel usually grows in April. 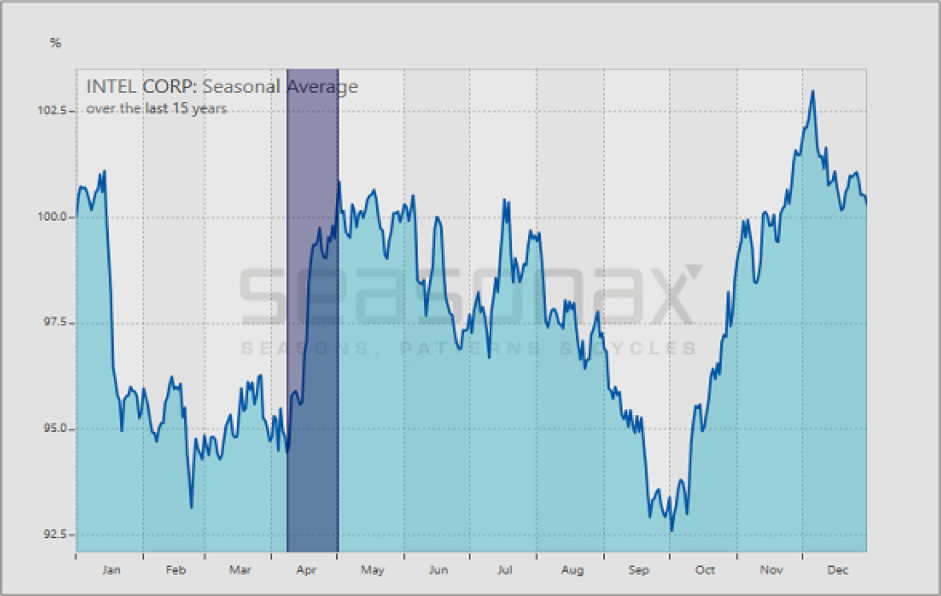 The strong period between April 8th and May 2nd is highlighted dark blue. During these three weeks the average profit was 7.06 per cent, a high value in such a short period. This corresponds to an annually-calculated profit of a +181.47 per cent. Behind this are the figures from the first quarter which are published in mid-April and are often a pleasant surprise for analysts.

In twelve years out of fifteen, Intel grew during this period

In twelve of the fifteen years there was a profit of up to 37.67 per cent! Source: Seasonax

During the period, Intel grew by 37.67 per cent. In contrast, losses were relatively small and rare. Intel, however, is just one example of shares for which profit levels in the first quarter are usually positive and grow in April as a result. Other examples include Align Technology, McKesson, and many more.

Want to get some more insights? Try Seasonax for free on Bloomberg Professional under APPS SEASON!