How To Beat Hedge Fund Managers with Just a Few Trades

In order to beat the market, you are probably – like many investors – spending a lot of time searching for rare undiscovered gems or sophisticated trading rules.

There is actually a simpler way.

I want to show you how you could have beaten the market over approximately the past 90 years – with only two trades per month, while being invested only one third of the time and without employing any kind of leverage.

Gains are Only Generated Around the Turn of the Month!

Take a look at the following chart. It shows the capital gains delivered by the S&P 500 Index since 1928, depending on the days of the month in which a position was held. 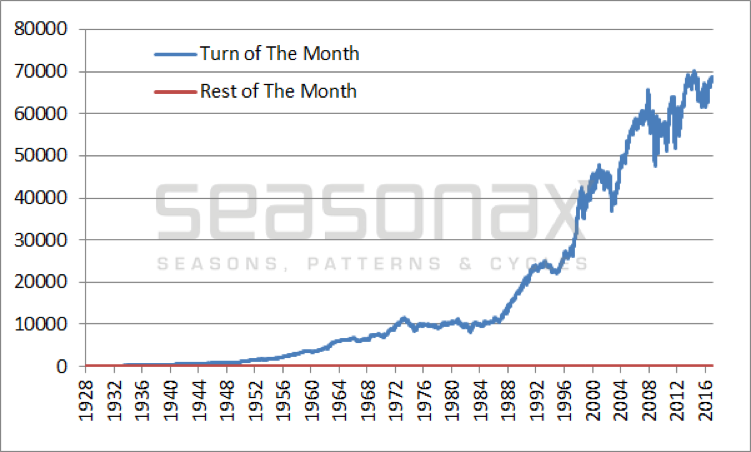 Gains are actually only generated around the turn of the month. Source: Seasonax

The phenomenon is aptly named the “turn-of-the-month effect”. It is tied to payment streams around the end of the month, such as salary payments and pension plan contributions.

The calculation also shows that calendar-related effects can remain stable and profitable for a great many years. Take advantage of them!