Contrary to all Expectations: As of Now, Crude Oil Enters a Seasonal Decline

The heating season in the Northern hemisphere means that energy consumption will rise. This is however offset by other factors, such as the use of alternative energy sources and prices that have often been agreed to in advance. What is the actual seasonal trend in crude oil?

Seasonally, the Oil Price is Set to Decline From Here on Out!

Let us take a look at the actual seasonal trend of the spot price of the most important oil grade West Texas Intermediate (WTI) based on a seasonal chart. 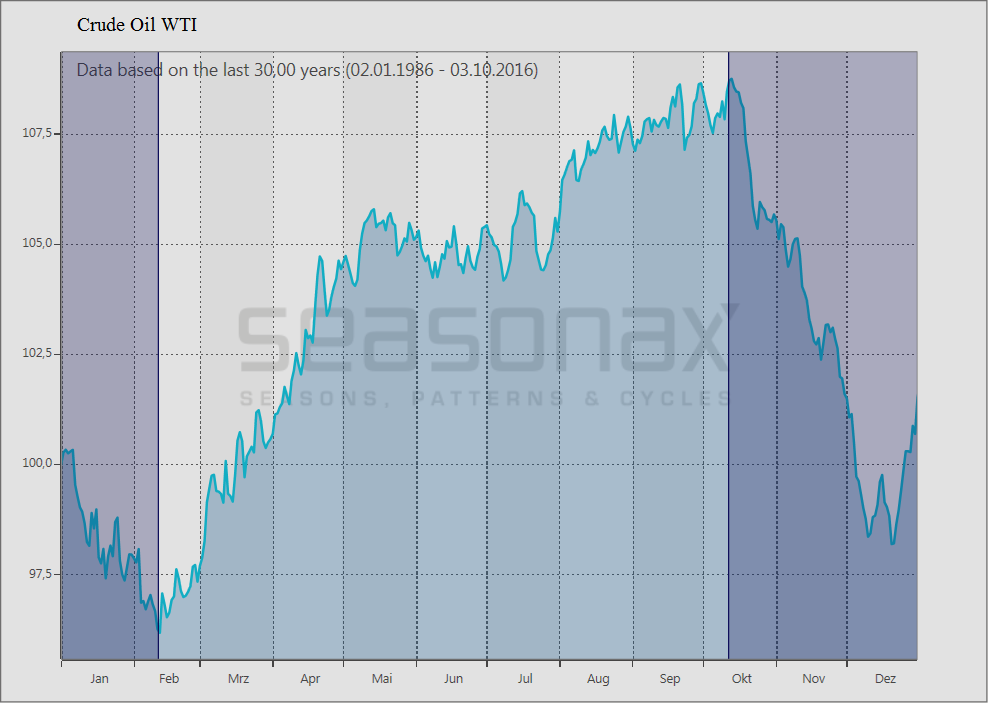 Contrary to what many market observers expect, crude oil prices typically decline during the heating season! In other words, sometimes, widespread expectations are not fulfilled – one more reason to always closely examine actual seasonality.

The following bar chart shows the price movements of all years since 1986 in the time period October 12 - February 11.

The red bars represent losses. They are dominant both in number and extent. This makes clear that it is not only a single outlier that has created the weakness in the seasonal chart. Rather, quite strong price declines in crude oil have indeed frequently occurred in the time period from October to February. The price trend is seasonally weak right in the middle of the heating season!